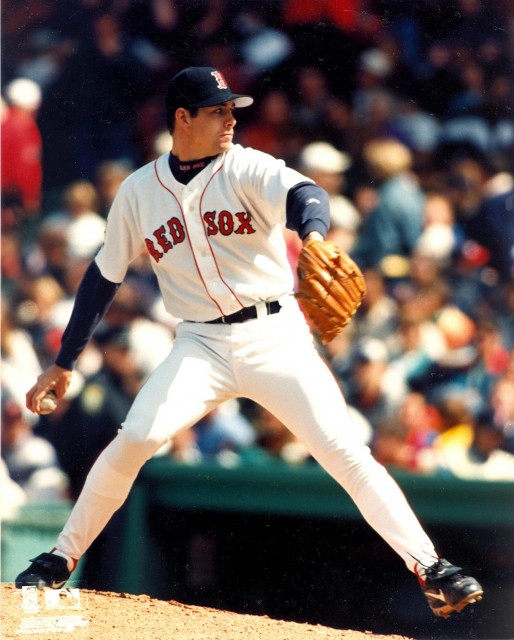 John Wasdin has been successful in every step of his baseball journey.

He was on the Tallahassee-Leon Babe Ruth baseball team that appeared in the 1988 World Series.

Wasdin also used TLBR as a springboard to a successful career in  baseball.

Born in Tallahassee, Wasdin attended Godby High and also played for the American Legion Post 13 teams. Drafted in the 41st round of the 1990 MLB Draft by the New York Yankees out of high school, Wasdin instead opted to attend hometown Florida State.

It proved to be the right decision.

The right-handed pitcher went 16-4 with a 3.17 ERA and 229 strikeouts in 193.1 innings pitched over three seasons. Following his junior season, Wasdin was selected 25th overall in the first round of the 1993 MLB Draft by the Oakland Athletics.

Wasdin advanced to the Major Leagues quickly. He made his debut at the age of 23 on Aug. 24, 1995, pitching 6.2 innings in relief for the A’s against the Boston Red Sox.

Wasdin played for seven Major League teams -- Oakland A’s, Boston Red Sox, Colorado Rockies, Baltimore Orioles, Toronto Blue Jays, Texas Rangers and the Pittsburgh Pirates. He was 39-39 with a 5.28 ERA, 527 strikeouts and 252 walks in 793.1 innings pitched.  Wasdin also played in Japan in 2002 with the Tokyo Yomouri Giants and in 2009 with the Seibu Lions.

Wasdin’s  most notable outing of his career came on April 7,2003, as a member of the Triple-A Nashville Sounds  in the Pirates organization.

Wasdin became the first player in Nashville Sounds history to pitch a perfect game. It was only the second nine-inning complete perfect game in the 100-year history of the Triple-A Pacific Coast League. Wasdin threw 100 pitches, 76 for strikes with 15 strikeouts.

Wasdin has remained in professional baseball following his retirement as a player in 2009 at age 37.

He is currently a minor-league pitching coach with the Oakland A’s. During his first six seasons with the organization,  Wasdin’s pitching staffs have been in the league’s top-3 in ERA and twice as the league leader in ERA.  His teams also have made the playoffs every year and won the Double-A Texas League Championship in back-to-back years (2015-2016).

Wasdin lives in Jacksonville, Florida, with his wife of 22 years Darlene and their three daughters Avery (18) , Cassidy (17) and Braley (15).