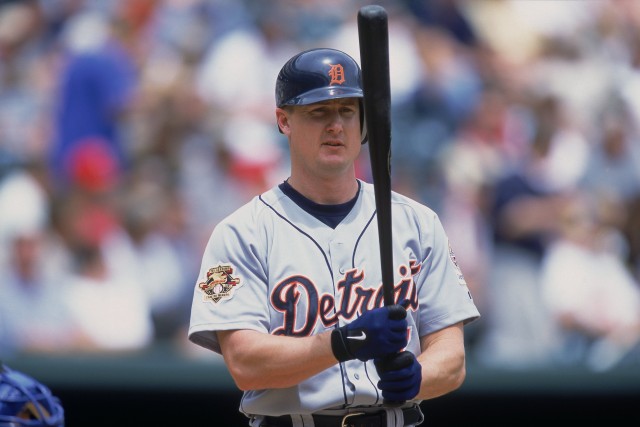 Dean Palmer is one of the most recognizable names in Tallahassee baseball circles.

He helped make history as a member of the 1984 Tallahassee-Leon Babe Ruth All-Star team that won the organization’s first World Series.

The power-slugging third baseball starred at Florida High and was a third-round selection in the 1986 MLB Draft by the Texas Rangers.

“The ball made a totally different sound coming off the bat,” Hogan told the Tallahassee Democrat.

“It was just different. When he hit the ball solid, there are still so many stories about how hard and far he hit it.”

Palmer, a right-handed hitter, developed into one of the American League top power hitters during his professional  career that spanned 14 seasons with the Rangers, Detroit Tigers and Kansas City Royals.

He saw his first major league action in 1989, playing in 16 games during the season's final month.

He was also a two-time Silver Slugger winner and an All-Star selection in 1998, when he hit 34 home runs and knocked  in a career-high 119 runs with the Royals.

In 1992, Palmer became the first Texas ballplayer to ever homer in the first three games of a season, a feat that was later matched in 2011 by Ian Kinsler and Nelson Cruz.

With 38 home runs in 1996, Palmer, at that time, became just the fourth third baseman in American League history to reach that total, joining Harmon Killebrew, Al Rosen and Jim Thome.

Palmer, who has twin sons and resides in Tallahassee, has remained in baseball as a coach.

He has volunteered at the youth level, served as an assistant coach at Tallahassee Community College and has been a special hitting instructor for the San Diego Padres in spring training.

Younger brother David, who played football at Florida State, is an orthopedic surgeon in Birmingham, Alabama.